Jim Paonessa has many fond memories of her late sister, Rosetta.

The siblings were two of five children who, along with their parents Joseph and Sara, moved to 1300 Biltmore Ave. in Dormont more than six decades ago.

Rosetta has spent her life as a respected executive secretary at Westinghouse. She also served her community and her church – and she loved their family home, according to Paonessa.

Rosetta lived alone in the house for 40 years – and, according to her brother, enjoyed every minute of it – before she died in October at the age of 80.

“I kept telling him to downsize and sell the house,” says Paonessa. “She was like, ‘Jim, it’s handy here. I have everything I need around the corner. 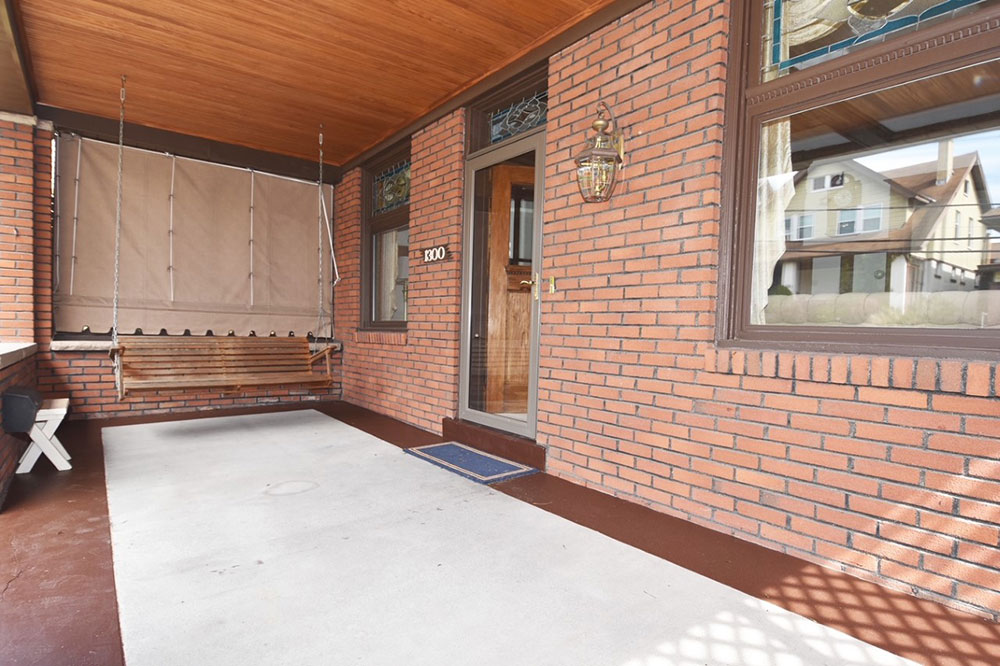 Rosetta was right about the ideal location of the house. The four-bedroom, two-bathroom home on a corner lot is steps from the restaurants, grocery stores, and churches of bustling West Liberty Avenue. 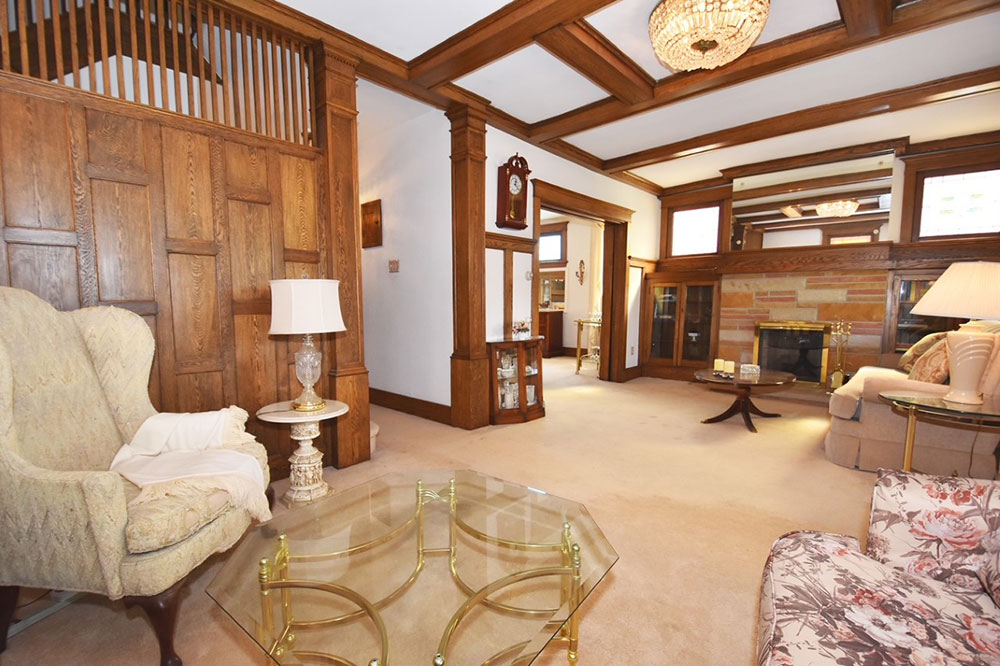 Inside, the house features original woodwork including coffered ceilings, studs and rails on the walls. Under the wall to wall carpet are original hardwood floors in very good condition. A pair of classic sconces illuminate one side of the living room, accented by a recessed crystal ambient light.

Flanked by a pair of built-in bookcases, the living room fireplace wall features a stone-fronted gas fireplace and beefy mantel. An equally elegant dining room has its own fireplace and fitted wardrobes, as well as another magnificent window.

“Rosetta had custom curtains in all the rooms,” Paonessa says of the panels that still drape some of the windows.

Between the living room and the dining room is a pair of opening pocket doors, although the carpet currently prevents them from opening.

Beyond the living room is a darling veranda. Paonessa (who also lost another sister earlier this year) says one of her last great family memories took place in the beloved room.

“We had one last dinner on Christmas Eve Seven Fishes,” he recalls. “All the brothers and sisters were there with all the children. There were 38 of us for a sit down dinner.

Preparing meals for the event would have been impossible if Rosetta hadn’t continued with the remodeling of the kitchen.

“She has renovated this kitchen several times over the years,” explains Paonessa. “She had something done in this house every year. “ 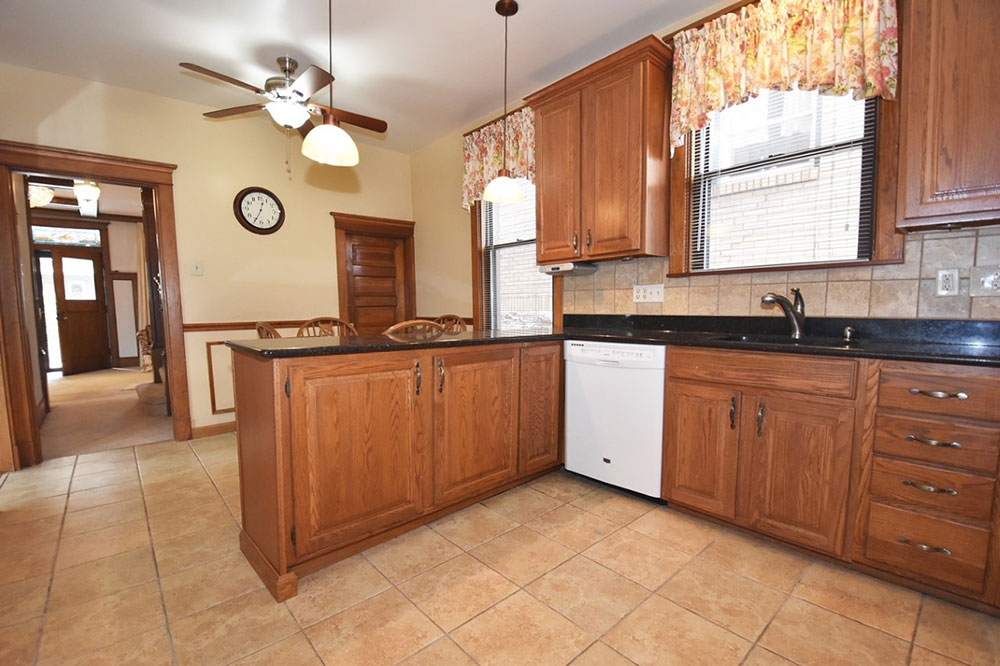 The basement is where the father of the Paonessa family, Joseph, took care of projects.

“He was a carpenter and he set up a playroom. He had a second kitchen there where Rosetta made her preserves, ”explains Jim Paonessa. “In the storage room he had a barrel in which he made wine every year. ” 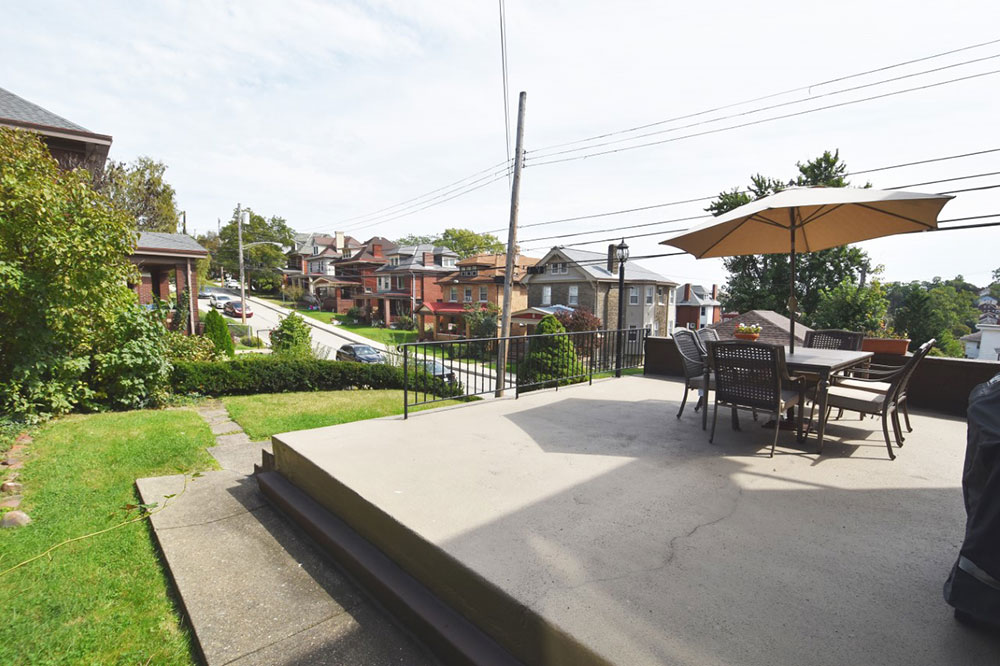 Exiting through the back door from the kitchen you land on a large outdoor patio built above the garages below. It has a great view, with plenty of room for a big party. Iron railings surround the perimeter, and there is also enough yard for a pet to run around or to plant a garden.

Paonessa adds that the family used the patio all summer, eating most of their meals there. 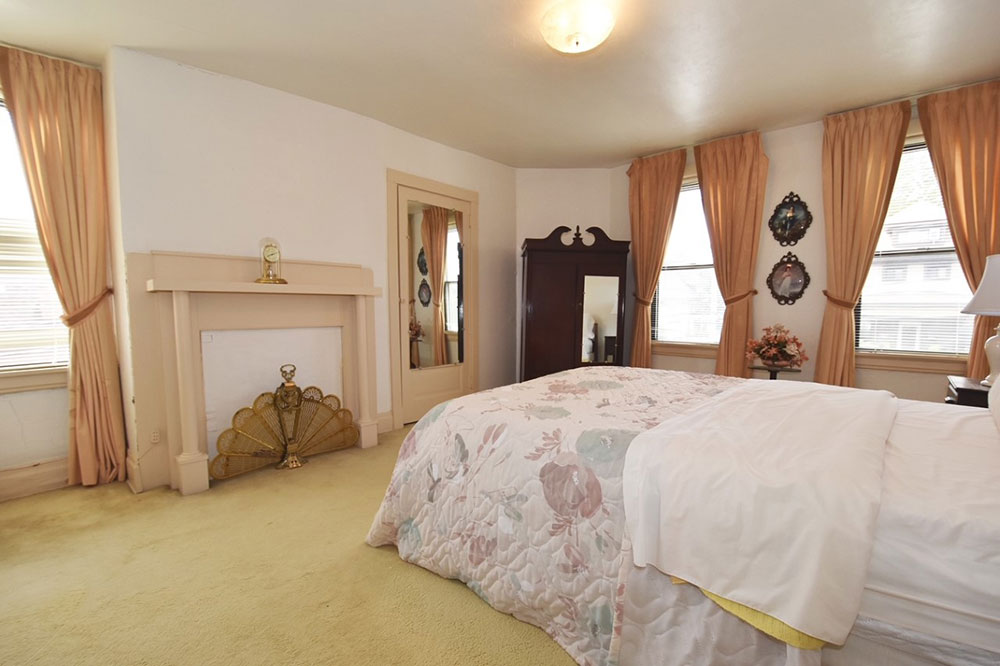 On the second floor of the house are four large bedrooms with decorative mantels and huge windows. Most of the rooms are painted white and have carpeted floors.

The third floor is completely finished. The front room has a skylight and is so large that the queen-size bed seems lost in it. There are gas and water pipes so the space could be turned into a separate suite.

Mechanically, the house has a new furnace, roof, sidewalks and radiator heating.

“My sister was a fanatic of this house,” says Paonessa. “He didn’t have a lot of wear and tear because she was the only one for 40 years. It’s a nice neighborhood. She just loved it.

Hot Property is an inside look at the unique and historic homes on the market. Each week, Hot Property passes behind the For Sale sign to share the story of a special Pittsburgh area home. And four times a year, Hot Property provides an in-depth look at the area’s real estate market in Pittsburgh HOME Magazine, tracking home prices and sales, and detailing where sought-after properties are located. Rosa can be contacted at [email protected]

Schools: Keystone Oaks School District (kosd.org) is made up of Castle Shannon, Dormont and Green Tree. The average size of elementary classes is 22 students. The district ranks among the top 15 in western Pennsylvania. There are over 21 sports at the high school level and the district has a STEAM program.

District: Dormont has a historic society, vibrant community life, and voluntary cooperation with Sustainable Pennsylvania. The sidewalks and a flourishing business district make it a friendly place to live.